Just a warning: this is going to be a rant about a film.

This is one of those films that had to be watched before it can be duly slated. After its trailers built up fan expectation, Suicide Squad has been dubbed the DC’s Guardians of the Galaxy. However, its Marvel counterpart had some sense – this doesn’t.

Following from the events of Batman Vs. Superman: Dawn of Justice, intelligence operative Amanda Waller (Viola Davis) puts together a team of antiheroes for high-risk missions.  The group, including hitman Deadshot (Will Smith) and psychiatrist-turned-psycho Harley Quinn (Margot Robbie), are quickly dispatched but have to handle timely interruptions from Harley’s significant other, The Joker (Jared Leto).

First things first, it’s a mess. Ranging from the unconvincing script to the plot with more holes than a sieve, there’s very little to form a solid foundation for a strong super/antihero team, especially as this is the third instalment of the DC Extended Universe.  This is the series that is supposed to compete with Marvel, which has been delivering hit after hit for years. Considering that Man of Steel and Dawn of Justice didn’t exactly get people cooing afterwards, DC has missed the mark here. 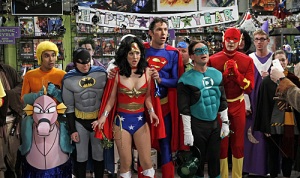 This feels like a missed opportunity – the studio could have made more of an impact by bringing out the Wonder Woman film first or even release an origins film with Aquaman (let’s face it, if no-one had read the comics or watched the trailers or Big Bang Theory, would people know who he is or what he did?) to give the League a solid foundation and then release Suicide Squad as the ‘alternative’ team. In other words, they are rushing to keep up with Marvel so they aren’t really thinking ahead, while Marvel…are.

What also lets the film down is the characters. With no fault of its cast, the dynamic feels biased towards Deadshot and Harley Quinn (aka the more well-known cast members), so lesser-known Squad members such as Killer Croc (Adewale Akinnuoye-Agbaj), Captain Boomerang (Jai Courtney) and El Diablo (Jay Hernandez) don’t get much of a shoo-in. Even Leto, who was bigged up as the big bad guy, is screwed over with less than 30 minutes of screen time. The end result feels like a cash cow, catering towards the reputation of its cast and senseless action scenes for a bigger box office return, rather than the film fans wanted.

On the plus side, it has a great soundtrack and Davis is great as the ruthless Waller, whose no-nonsense attitude is the only thing that stands out in this chaos. But this would be scraping the barrel.

Hand on heart, I wish I enjoyed this more. From seeing the trailer accompanied by Sweet’s ‘Ballroom Blitz’, I hoped this would restore my faith in DC. But it has dashed said hopes spectacularly.

So now, my hopes lie with Patty Jenkins and the first female-led superhero film in the current cinematic universes – one of the few things that DC has over Marvel.