It has been a while since I posted on here.  I could blame it on hectic schedules but it is also due to somewhat stunted creativity.  But, partially inspired by the recent London Film Festival, I want to (quickly) write about this year in film.  More specifically, the year what women ruled in cinema.

In January, Alex Garland’s Ex Machina made robotics cool again, in the shape of Alicia Vikander’s Ava.  Cool and emotionless, Vikander’s cyborg even made viewers question whether a real actress played her.

In fact, Vikander has had a hell of a year.  From Testament of Youth, Man of U.N.C.L.E and the forthcoming Danish Girl, she consistently played strong women in her roles and is sure to be mentioned in the forthcoming awards season.

From one awards contender to another, the acclaimed Mad Max: Fury Road was particularly acclaimed for its feminist themes.  In the badass that is Imperator Furiosa (Charlize Theron) to the many mothers of Vuvalini, it felt like that Furiosa is the main hero of the feature, rather than the eponymous Max. 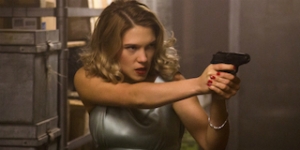 To be honest, the female characters in 2015’s action films proved to be quite kick-ass.  Even with appearances in Inglorious Basterds, Mission: Impossible – Ghost Protocol and a leading role in Blue is the Warmest Colour, Léa Seydoux stood out as Spectre‘s Madeleine Swann, portraying her as a truly modern Bond girl, while relative newcomer Rebecca Ferguson and Daisy Ridley respectively won over audiences in Mission: Impossible – Rogue Nation and Star Wars VII: The Force Awakens.

Notable additions include French film Girlhood and award-winning documentary Amy.   The former challenged themes such as race, class and gender, and was acclaimed in the Philadelphia Film Festival and Lumière Awards, where it won Special Jury Prizes.

On the flip side, Amy gave a rare insight to an artist whose creativity was ultimately tainted by drugs and a constant media presence.   The documentary became the highest grossing British documentary of all time, as well as numerous prizes such as Best Music Film at the 2016 Grammys. 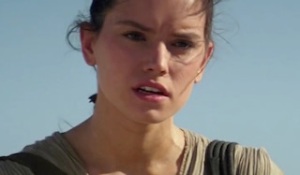 I want to note the British actresses that made an impact this year.  From Saoirse Ronan (Brooklyn) and Ridley, to Carey Mulligan in Suffragette to relative newcomer Bel Powley in indie film The Diary of a Teenage Girl.

From one award winner to another, this year’s London Film Festival boasted a lot of potential award nominees – and eventual winners – and with this year’s festival celebrating women (not to mention a female Fellowship winner), it delivered a handful of contenders.

My picks from the festival included Brooklyn, Carol and Room – the leading characters in each of the films portrayed strong, brave women who overcome personal challenges in different yet compelling ways.  The actresses – Ronan, Cate Blanchett, Rooney Mara and Brie Larson – were brilliant in their respective performances, and fingers crossed their efforts will not go unnoticed next month when the Oscar nominations are announced.

I’m sure I missed loads of great performances from this year, but fingers crossed I will be more ‘in the loop’ in 2016 🙂