Around this time (more or less), I wrote down a couple of films I was looking forward to watching this year – providing the apocalypse didn’t happen and I avoided any unfortunate incidents.

Now, all but three of them are crossed off  (one of them I refuse to watch because I just don’t want to) so I feel it is time to review these features to see if they were worth the anticipation:

1. The Avengers (as it should be called – Marvel’s Avengers Assemble if you choose to be pedantic). 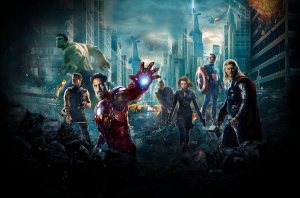 If there was one film that people wanted to see and gush over, it was this one.  You have a creative genius whose efforts in reviving cult and sci-fi series has reinvigorated the street cred of ‘geeks’ but you also had a fine ensemble cast.  After watching various times, it is indeed a film you can enjoy without the pressures of not knowing a lot about comic books. 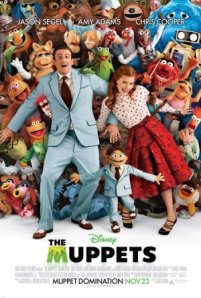 This was always a guilty pleasure.  Sure, when you are surrounded by animated films that are plastered by unnecessary 3D, this effort with Kermit and the gang was a welcome reality check.  Featuring one of the year’s best cameos (that caused endless giggles), The Muppets brought a smile to my face.

It’s easy to say that TDKR didn’t have the feeling of anticipation of its predecessor, with the high-profile tragedy in the US during a midnight screening not helping matters.  However, with brilliant performances from its cast and a hint as to what may happen in the upcoming Justice League, it will take a brave genius to reach, let alone surpass, Christopher Nolan’s efforts with his Batman trilogy.

Not great but not boring either.  The leads were more engaging and likeable than Tobey McGuire and Kirsten Dunst, but at the end of the day, it was an unnecessary remake.

Even though Dreamworks have created some great films over the last few years, Pixar’s imagination is limitless (unless you are Studio Ghibli…).  There were hopes for this film, especially as it seems to invoke a realness not seen in most of Pixar’s filmography (yes, I am referring to Up as an exception).  Stunning animation aside, it didn’t quite reach the same quality in terms of story and general likeability as Wall-E or Up.

I will simply repeat my sentiments after watching the 2D version – “all I felt was indifference with a stab of disappointment.  Not impressed.”  I was so looking forward to this and instead, it caved into the anticipation from fans and critics alike to be a huge letdown.